Clean carbon? Asif. I  propose scrapping carbon credits instead burying deniers alive deep underground instead. This way we can keep plundering carbon to fly* across the globe so we can warn poor people who can't afford carbon just how bad carbon is.

Further I believe we may have to change the word to 'the stuff that must not be named' as saying c****n normalises it's evil and makes Mother Earth so~o sad . Whilst some may baulk at burying deniers who are still breathing, this is for the greater good of our children and their children and besides deniers clearly have no souls so do not count as human. They carry the mark of the Great Bob, the Great Big Oil Beast!

*With a Carbon Collector Card Program (CCCP) I think the rate is about 1 denier buried alive per air mile which is why Al Gore is more god than saint. Credits can be exchanged for goods such as wicker baskets made by skilled four year olds - with all profits used to educate these heathens barbarians that burning anything to stave off hunger is bad as they should be working in corporate sweat shops for their keep.

Despite appearances this comment  may well be based on elements of truth.
Posted by GingerZilla at 9:54 pm

they HATE our FREEEEDOM

Pay the Tithe or else the Economy gets it!

I Blame NASA for Solar Smut

Why should women have all the excuses?

The Great Fight With France

I offer my mostly satirical musings, taking (in)sane ideas to their (il)logical conclusions. 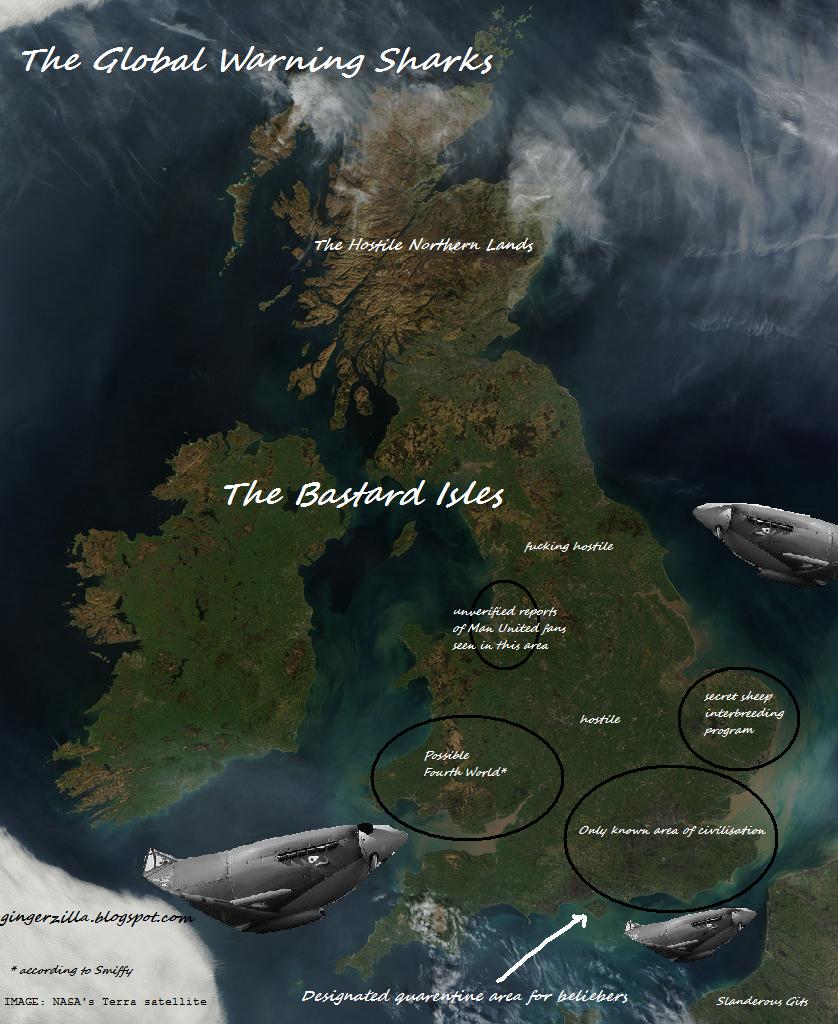 Join Me or Die